Excited that “These Human Beings” made it to the fall print issue of Jazziz Magazine !!

Thanks David Pulizzi and John Frederick Moore for your help!

READ THE ARTICLE on JAZZIZ.COM

END_OF_DOCUMENT_TOKEN_TO_BE_REPLACED

The bass-less trio of Pericopes+1 brings a 21st-century influence to their album These Human Beings. It’s modern jazz that’s heavy on intelligent melody and spirited improvisation.

These Human Beings does make a statement, and that’s a good indication for this young group.

We are very happy to share with you a new review of our latest album, appeared on Downbeat Magazine. A big thanks to Mr. Kunian. 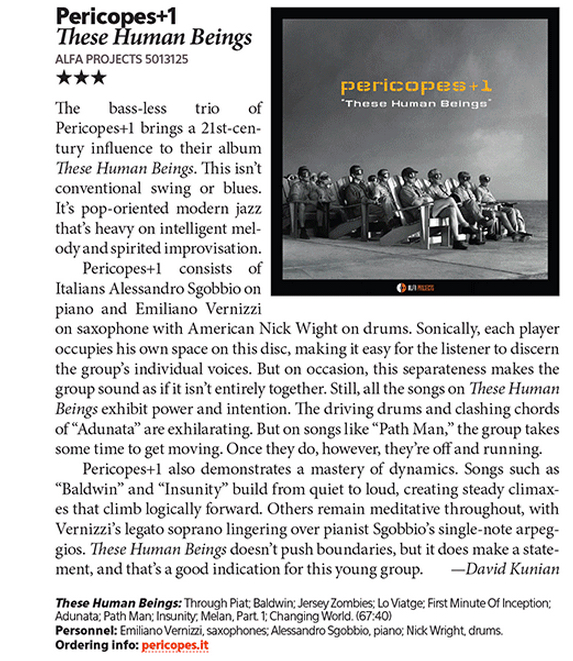 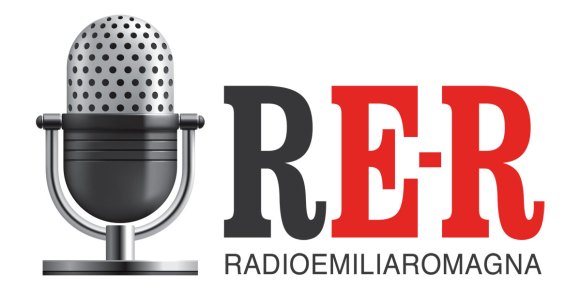 LISTEN TO THE INTERVIEW HERE (IN ITALIAN)

From our latest album review appeared in the August issue of prestigious Italian magazine Musica Jazz.

Thank you Mr. Enzo Boddi for your words!

It’s been said that music is the universal language, which is good for Clarks Summit native Nick Wight since his bandmates live thousands of miles away and speak minimal English.

Now a Brooklyn, New York, resident, Mr. Wight plays drums in the international band Pericopes+1, which he described as a melting pot of musical styles rooted mostly in jazz.